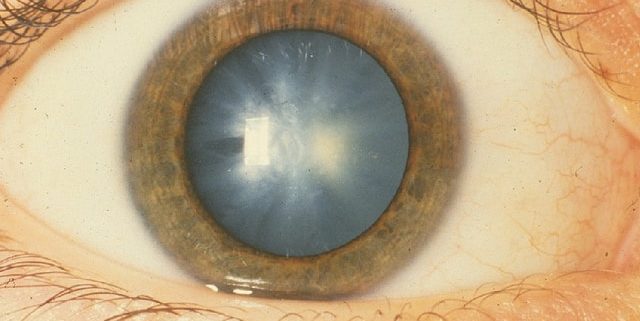 On my way to work one morning, I bumped into a Perspective client who had recently undergone cataract surgery in both eyes. She’s a little young to have developed cataracts and it was a big decision to have the surgery as she has young children.

Over the past few years she had become increasingly dissatisfied with the quality of her vision. She avoided driving at night, couldn’t tolerate her contact lenses and found reading for long periods tiring.

We were able to detect that this was down to her developing cataracts. We monitored her vision and advised when to consider treatment.

But as her vision had deteriorated so gradually, she lost sense of what she was missing. Nothing could have prepared her for the impact of having her cataracts removed. Overnight, she could recognise faces from a distance, read road signs and even colours became more vivid.

She was initially keen to avoid surgery and wanted to delay until it was absolutely necessary. But the positive outcome and impact on her life of having the surgery sooner rather than later made it worthwhile.

Change is scary. I get that. In my years of experience as an optometrist I understand that the idea of cataract surgery is terrifying for most of us, including myself.

Some of this is due to being misinformed, so let’s bust some myths on the issue.

Myth: Cataracts are a film that grow on the surface of the eye

Cataracts affect the lens inside our eye. The transparent lens is made of protein and water. When the lens (situated behind the iris inside our eye) starts to become cloudy this marks the beginning of a cataract.

Myth: Cataracts are removed by lasers

I’ve heard this so many times and would love to know where this ‘fake news’ originated. To remove a cataract the lens needs to be broken up, removed by suction and replaced by an artificial lens.

This can’t be done by laser or a magic wand, but cataract surgery is carried out commonly in the UK and has a high success rate.

Most people notice an immediate improvement in their vision after surgery but it can take six to eight weeks for the eye to settle fully.

It’s best not to bend, lift heavy objects or rub your eyes for a few weeks after surgery.

So no bungee jumping, weight lifting or watching weepy movies – but most normal activity can be resumed 24-48 hours after surgery.

Myth: You can use eye-drops to reverse the cataract

They can’t be reversed. Once they start they progress gradually in most cases. Certain lifestyle adjustments can help delay their onset:

So, that’s the scoop on cataracts. Hope that’s busted a few myths. Cataract surgery tends to be day-case and straightforward so we’re very lucky that in the UK it can be dealt with so easily.

We’ll check for the symptoms of cataracts during your eye assessment. If you’d like to book an appointment, don’t hesitate to get in touch on 020 7586 5508. 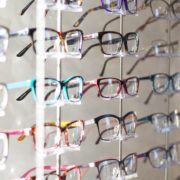 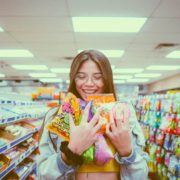 Shopping habits: how are they influencing your purchases? 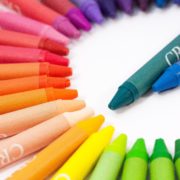 A question of Perspective: how do your eyes process colours?
0 replies

Want to join the discussion?
Feel free to contribute! 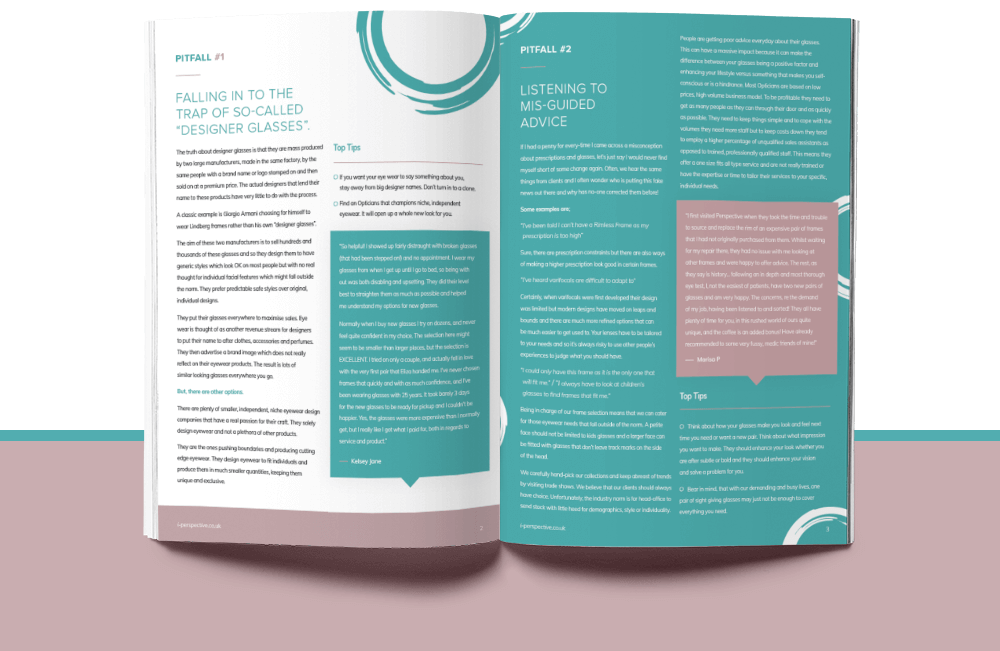 Do you struggle to find glasses that fit you and suit you?

Download our guide to help set you on the right path to better looking & feeling Eyewear.

A question of Perspective: how do your eyes process colours?

This website uses cookies to improve your experience while you navigate through the website. Out of these, the cookies that are categorized as necessary are stored on your browser as they are essential for the working of basic functionalities of the website. We also use third-party cookies that help us analyze and understand how you use this website. These cookies will be stored in your browser only with your consent. You also have the option to opt-out of these cookies. But opting out of some of these cookies may affect your browsing experience.
Necessary Always Enabled
Necessary cookies are absolutely essential for the website to function properly. This category only includes cookies that ensures basic functionalities and security features of the website. These cookies do not store any personal information.
Non-necessary
Any cookies that may not be particularly necessary for the website to function and is used specifically to collect user personal data via analytics, ads, other embedded contents are termed as non-necessary cookies. It is mandatory to procure user consent prior to running these cookies on your website.
SAVE & ACCEPT

Just found out your child needs glasses and your feeling confused?

Download our guide to understand the steps of how we can help!

Simply fill in your details below and we’ll send you the brochure!

Do you struggle to find glasses that fit you and suit you?

Download our guide to help set you on the right path to better looking & feeling Eyewear.

Need to book an appointment?

Simply fill in the form below and we’ll be in touch to schedule your appointment shortly.